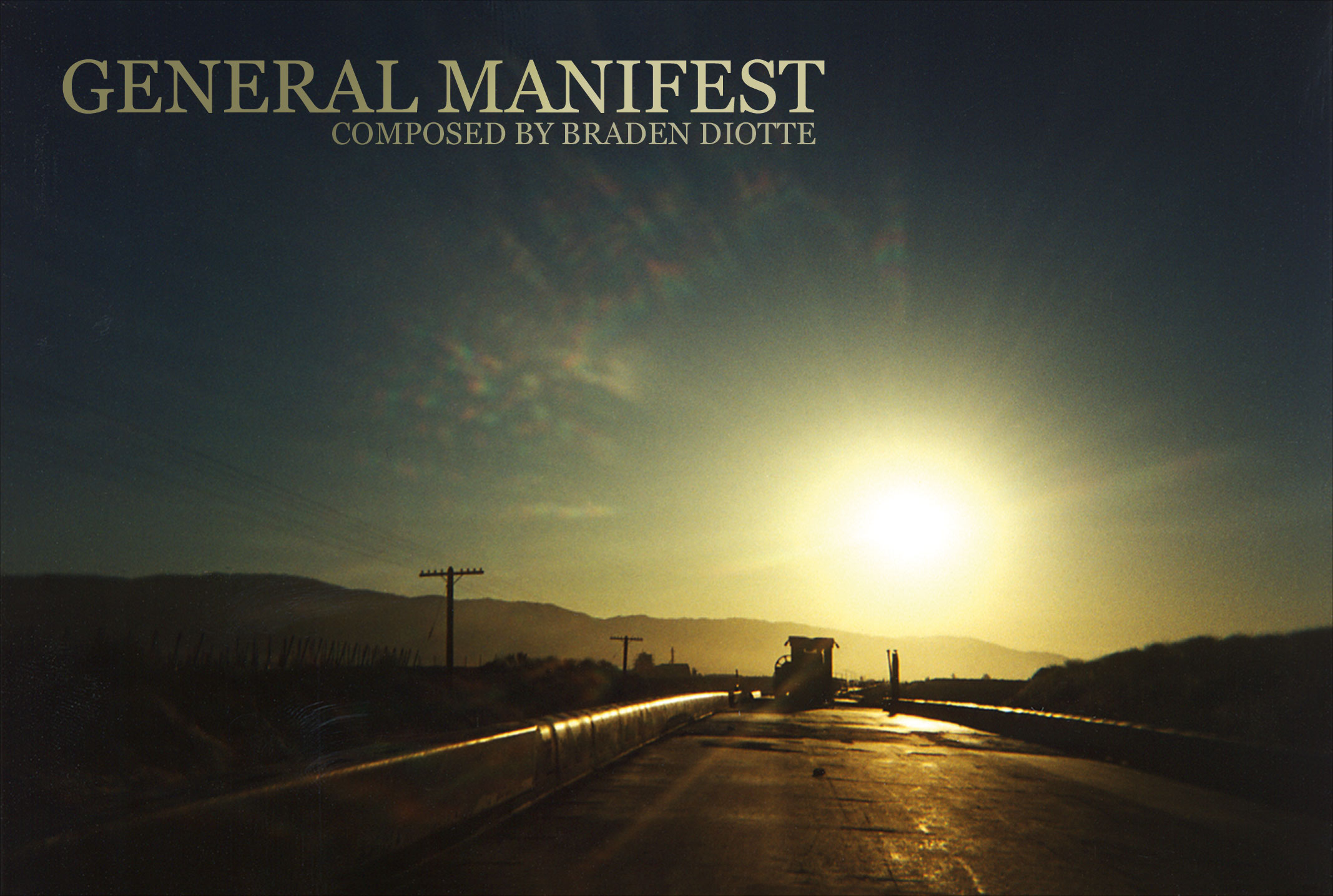 “The inspiration behind General Manifest came two-fold. Aesthetically,
I wanted to create a piece to pay tribute to the fleeting music that
I’ve witnessed emanating from the underbelly of thousands of tons of rolling stock
over a twenty-year span in which I was riding freight trains
throughout the American west. At the same time, I also wanted to create a piece based
upon the broader notion of birthright freedoms. Where these concepts
intersect, a philosophy exists that’s as personal as it is political, as anarchistic as it is
patriotic, and as natural as it is spiritual."
– Braden Diotte 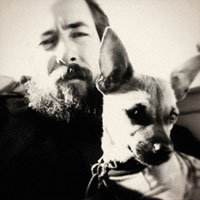 Composer and multi-instrumentalist Braden Diotte is a native Californian, born in 1975
As a composer, his works include:

As a multi-instrumentalist, he has performed with:

He earned his MFA in Experimental Sound Practices from the California Institute of the Arts,
holds degrees in Cognitive Science, Computer Music and Electronic Technology,
and is a music department faculty member at Idyllwild Arts Academy in Idyllwild, California.